Erika Pastel joined the Norwegian National Ballet in 2021, after two years with the NNB 2. In 2021, the main role in Jensen/Touret's Afternoon of a Faun was created especially for her, and in 2020, she danced Hough’s 5 Ballerinas together with four of the NNB's Principal Dancers during the streamed performance of Close. She has also danced Swan Lake pas de deux and in Makarova's La Bayadère, Spuck’s Anna Karenina, Balanchine's Serenade, Boyadjiev’s The Nutcracker, Kylián’s Sleepless, Ekman's Resin, Touret’s Let's Play, Edmond’s Left from Write and Andersen’s Holberg Suite.

Pastel (born in 2000) began dancing at the age of two at her mother’s dance school on the island of Martinique. From 2009 to 2019, she attended the ballet school run by the Finnish National Ballet. Here, she danced the role of Terasina in Naples, the title role in La Sylphide – both directed by Dinna Bjørn – and the leading role in Uotinen's Joutsenet (Swans).  In 2012, she also danced the role of young Kerttu and the lead children’s role of Gerda in the Finnish National Ballet’s production of Greve’s Snow Queen. The neoclassical duets Can you pass me the salt? and Darkling by Thibault Monnier were created especially for her. 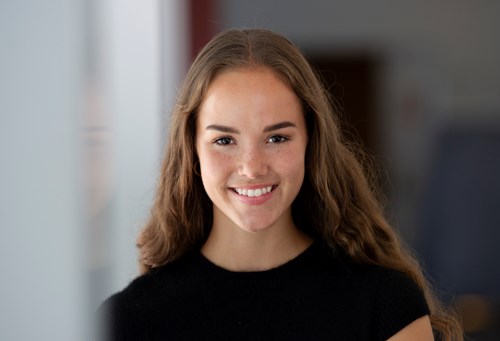