Hélian Ruaud Potié joined the Norwegian National Ballet in 2021 after dancing for two years with the Bavarian Junior Ballet and Bavarian State Ballet in Munich. He has danced the leading male role in Balanchine’s Allegro Brillante and the 2nd pas de deux in Kylián’s Un Ballo, in addition to performing in Balanchine’s Apollo, Bournonville’s Napoli and Nureyev’s Raymonda.

While dancing with the Bayerische Staatsballet II, Potié had several roles created for him by such choreographers as Maria Barros, Caroline Finn, Jörg Mannes and Martina La Ragione. He has also danced in Gauthier’s Ballet 102, Wheeldon’s Alice in Wonderland, Grigorovich’s Spartacus and in Neumeier’s ballets Die Kameliendame (The Lady of the Camellias) and The Nutcracker.

Franske Potié (born in 1999) began his professional training at the Académie Danse Princesse Grace in Monte Carlo. He was later accepted to the École de Danse de l’Opéra National de Paris, where he studied for four years before his journey continued to the Conservatoire National Supérieur de Musique et de Danse de Paris. Potié completed his training at the European School of Ballet in Amsterdam under the guidance of Jean-Yves Esquerre. Apart from dancing, Potié also works on photography and video projects. He has modelled for Tommy Hilfiger, among others, and has worked on a number of video projects together with the film industry company ARRI. 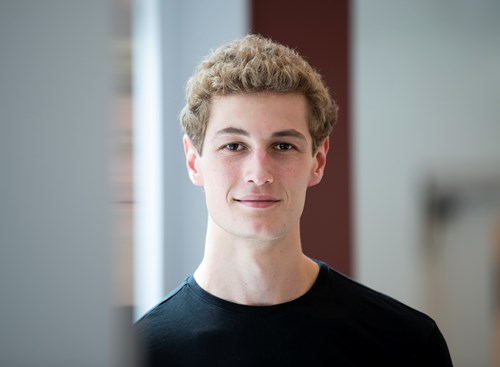