Sofie Ruthenbeck joined the Norwegian National Ballet 2 in the autumn of 2019 and has since danced in Boyadjiev’s The Nutcracker, Cranko's Onegin, Kylián’s Sleepless and Lima's Suite for Ten in Six. She has also danced Le Corsaire pas de deux, sylphide in an extract from La Sylphide and performed parts of Ekman's Resin. In 2021, she was selected for a third year with the NNB 2.

Ruthenbeck began dancing at the age of four. She attended the Norwegian National Ballet School from 2008 to 2016 before continuing her studies at the Oslo National Academy of the Arts, where she performed in such works as Smith’s The Giving and Forsythe’s Artifact. While a student, she also performed in several of the Norwegian National Ballet’s productions, including MacMillan’s Manon and Holmes’ Swan Lake. 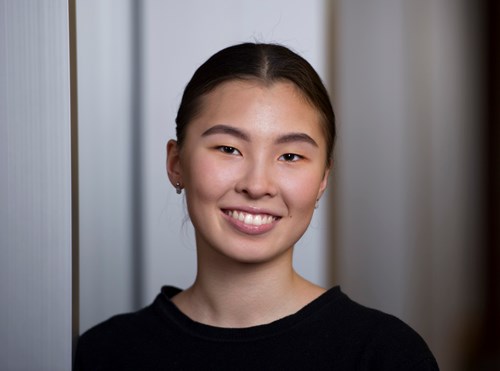