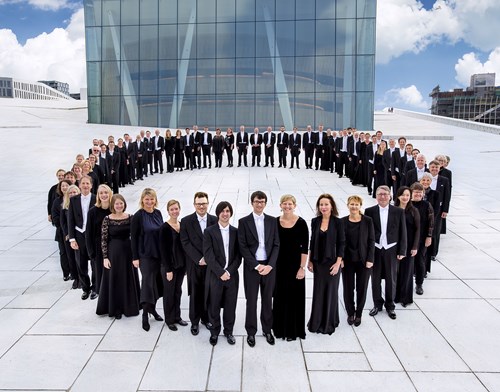 Get ready for mind-dazzling piano playing when pianist Christian Grøvlen debuts as a soloist with the Norwegian National Opera Orchestra during Tchaikovsky’s first piano concerto. Modest Mussorgsky takes us on a journey to A Night on Bald Mountain and the entire orchestra shines during Béla Bartók’s Concerts for Orchestra.

One of the most difficult ever written

Few opening chords are as well known as those in Tchaikovsky’s powerful first piano concerto. With the help of swelling orchestra sounds and brilliant piano playing, we are taken on a journey into the Russian woods and ballrooms before the beautiful melodies conclude with a breakneck finale. It has been said that this piano concerto is among the most technically difficult ever written. Pianist Christian Grøvlen is taking on this challenge. He is considered one of Norway’s most promising pianists and is debuting with this piece as a soloist with the Norwegian National Opera Orchestra.

The entire orchestra gets to shine in Béla Bartók’s Concerto for Orchestra. In a performance filled with merriment, all instruments in the orchestra get to play a soloist role. This concerto from 1943 is a musical milestone that was created in the U.S. after Bartók fled from Nazi-ravaged Europe. The Hungarian national soul is never far off and the composer combines the classical with elements of folk music, wonderfully combined with unique sounds and scale varieties.

The concert starts with music by another Russian. Modest Mussorgsky’s symphonic A Night on Bald Mountain was inspired by a Russian legend about the witches’ midsummer celebration on the Bloksberg mountain. We hear the witches dance and brooms as they swish through the air – before the chiming of the church bells break the spell.

The conductor is Croatian Ivan Repušić, currently music director of the Münchner Rundfunkorchester and 1. guest conductor at the Deutsche Oper Berlin.

Pjotr Tchaikovsky:
Piano Concerto No. 1 in B Minor, Opu. 23