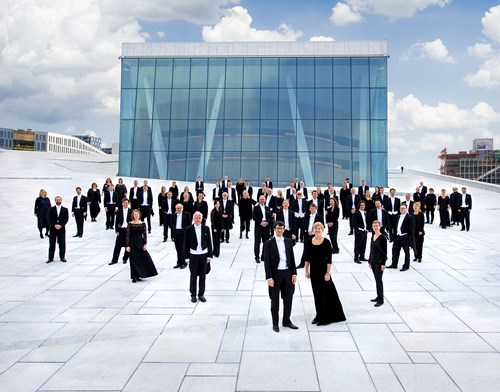 American and Finnish music with the Norwegian National Opera Orchestra

It has not always been easy for American music to succeed in a European concert hall – but with few exceptions!  Samuel Barber’s Violin Concerto has won a place in many hearts and this melodious and delightfully dreamy violin concert can be experienced with the Norwegian National Opera Orchestra own concertmaster, Guro Kleven Hagen, as soloist.

When Guro Kleven Hagen was appointed concertmaster in 2018 at the age of 23, she was the youngest in Norway ever to hold this title. Apart from her job as concertmaster, Kleven Hagen also enjoys an illustrious career as a soloist and chamber musician.

In 2017, Finland celebrated 100 years of independence. In connection with the anniversary, a work by composer Magnus Lindberg, Tempus fugit, was performed. This 30 minute-long piece offers everything from Impressionist and light colours to rich melodic lines.

Another Finish composer, Jean Sibelius, was 52 years old when Finland became independent. He lived most of his life under Russian rule and was influenced by Russian music, which is expressed uniquely in his first symphonies. The Norwegian National Opera Orchestra will be performing the first of a total of seven symphonies. The performance guarantees to be mystical, dark and wild, or as a critic from the German paper Hamburger Nachrichten in 1900 put it: “His symphony, a work full of unrestrained strength, full of passionate vivacity and astonishing audacity is – to state the matter plainly – a remarkable work, steps out on new paths, or rather rushes forward like an intoxicated god.”

The conductor will be Estonian Risto Joost, a past winner of the International Malko Competition currently the artistic director for the Tallin Philharmonic Society.