"Magnificent" was how Yolanda Correa's performance in the title role of Liam Scarlett's new The Firebird, created for her in autumn 2013, was described. Since arriving at the Norwegian National Ballet in autumn 2010, she has enchanted Norwegian audiences with strong interpretations of roles from the classical repertoire: the Snow Queen, the Sugar Plum Fairy and Clara in The Nutcracker, Kitri in Nurejev's Don Quixote, Juliet in Romeo and Juliet, Tatiana in Cranko's Onegin, Aurora in Sleeping Beauty, the title role in MacMillans Manon and the demanding dual role of Odette and Odile in Swan Lake.

But she has also danced leading roles in modern works such as Duato's Multiplicity – Forms of Silence and Emptiness, Forsythe's Steptext and In the Middle, Somewhat Elevated, and Kylián's Wings of Wax, Gods and Dogs, Symphony of Psalms and Stepping Stones. She took the leading roles in Tetley's Voluntaries and Balanchine's Tschaikovsky Piano Concerto No. 2. She has also interpreted the title role as well as Micaëla in Scarlett's Carmen – a ballet in three acts, the principal role in Scarlett's Vespertine, Mrs. Alving in the ballet production of Ibsen's Ghosts, and a solo role in Ekman's Rooms.

Originally from Cuba, Yolanda Correa studied at the Vocational School of Art in Holguín and at the Cuban National Ballet School in Havana. Before coming to Oslo, she danced with the Cuban National Ballet, where she was given the highest accolade of primera bailarina. She won the International Meetings of Ballet Academies Contest in 1999, and was awarded the prestigious Positano Prize in 2012 for best female newcomer on the international dance scene. In 2014 she was awarded the Tom Wilhelmsen Opera and Ballet Prize. Correa is appearing as a guest star with several companies and has danced on many prominent international stages. 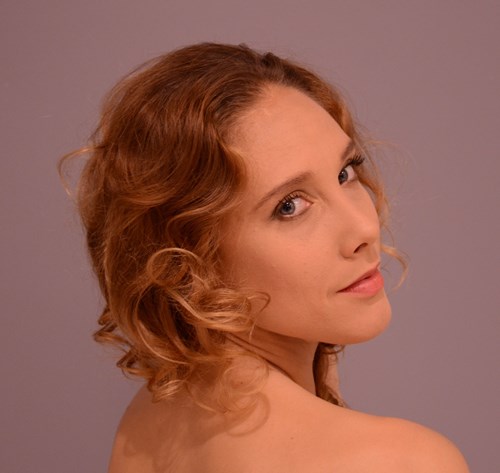