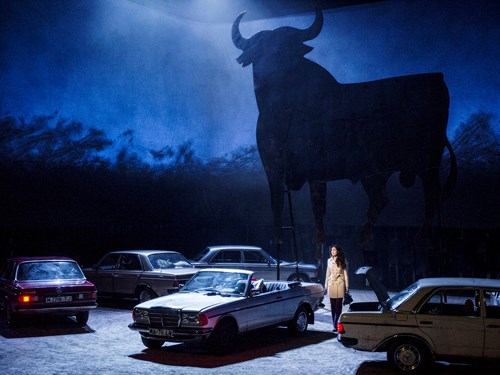 Due to the corona situation, we have to cancel Carmen in May and June.
Read more

Carmen does not want to be seduced; she wants to do the seducing. Love is like a rebellious bird that no one can tame, she sings, like a lawless gypsy child. To this woman, all that matters is freedom – including the freedom to be a woman in her own way. This provokes Corporal Don José to no end. At the same time, he is obsessed with making her his own, his property. But Carmen will never let herself be chained down. 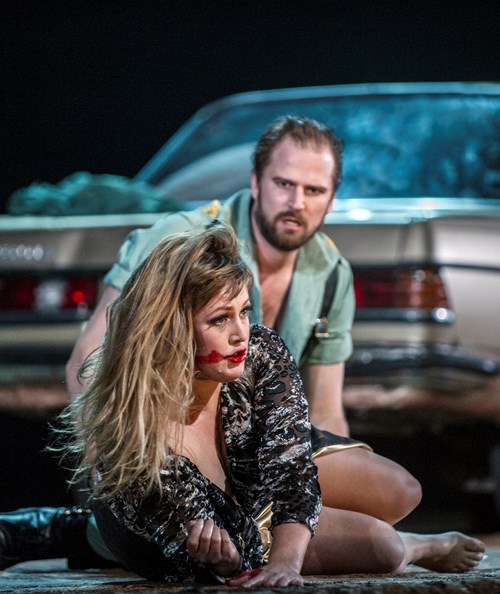 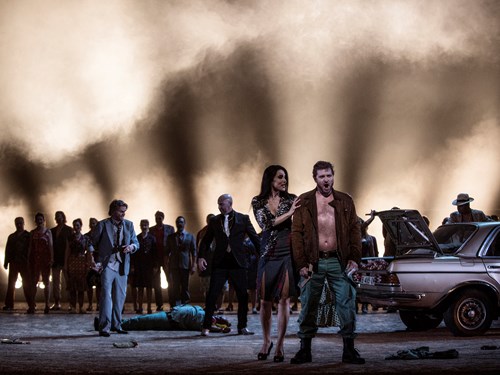 The accomplished director Calixto Bieito is behind this production. To date, it has been seen by over 45,000 viewers in Oslo and acclaimed by critics after premiering in 2015. Now even more people have the opportunity to experience this production, which VG has called ‘brilliant’, Dagbladet has referred to as ‘a revelation’ and Morgenbladet has described as ‘a cinematically inspired cotemporary drama that trumps all traditional and romantic versions’.

Calixto Bieito has stripped down the story and placed the action in the late 1970s, immediately after the end of the Franco era. There are no flamenco dancers or castanets to be seen. Instead, we meet people on the border between Spain and Morocco, as well as the border between freedom and coercion, sensuality and brutality, life and death. But this violent reality is not without humour, music and energy, which has fascinated Carmen audiences since the very first premiere in 1875.

Co-production with the English National Opera