Since joining the Norwegian National Ballet in 2005, Miharu Maki has danced such roles as Kitri in Nureyev’s Don Quixote, Olga in Cranko’s Onegin, the Sugar Plum Fairy in The Nutcracker, Bluebird in Sleeping Beauty, Mercedes in Scarlett's Carmen, one of three Shades in Makarova's La Bayadère, Autumn Fairy in Cinderella, pas de trois in Holmes' Swan Lake and the role of Moyna and the peasant pas de deux in Giselle.

She has performed in Kylián’s One of a Kind, Tiger Lily, Sweet Dreams, Sechs Tänze, Petite Mort, Gods and Dogs, Arcimboldo and Falling Angels, in addition to Balanchine’s Serenade, Symphony in C, Agon and Theme and Variations. Maki has danced in MacMillan’s Manon, Scarlett’s Vespertine and Øyen’s Timelapse, and performed solo roles in Corder’s Romeo and Juliet, Duato’s Arcangelo and Tetley’s Voluntaries. Roles have been created for her in such ballets as Bjørnsgaard’s A modern place, Espejord’s How did I get where …, Hough’s Epic Short, Boyadjiev’s Lost in time, Strømgren’s Partita and Øyen’s Dead to the World. 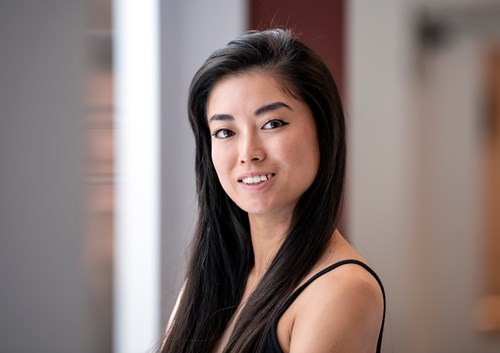