Augustinius joined the Norwegian National Ballet in the autumn 2019, after two years with the Norwegian National Ballet 2. In 2018 she danced Regine in Moum Aune and Espejord’s Ghosts on tour in Shanghai, and when the NNB 2 went on tour to Cannes in 2017, she danced the leading role in Balanchine’s Allegro Brillante. In 2021, she performed Lynch's duet A Bolèro with Silas Henriksen, as well as two different roles in Kylián's One of a Kind. She has also danced in Ekman's Cacti, Balanchine's Serenade, Naharin's Minus 16 and Espejord's Some see stages, a role that was choreographed for her.

Augustinius began dancing at the Norwegian Ballet Institute in Lillestrøm when she was twelve. After four years at the Norwegian National Ballet School, she was admitted to the Oslo National Academy of the Arts in 2014. While a student, she danced in several of the Norwegian National Ballet’s productions, including Giselle and Boyadjiev’s The Nutcracker. In the children’s opera The Tempest – A Tale of Miranda and Ferdinand, she played/danced the leading role of Miranda. She also danced the role of Clara and the Sugar Plum Fairy in KGB's production of The Nutcracker at the Bærum Cultural Centre in 2015. She won first prize in the senior division in the Nordic Baltic Ballet Competition in Falun in 2017. 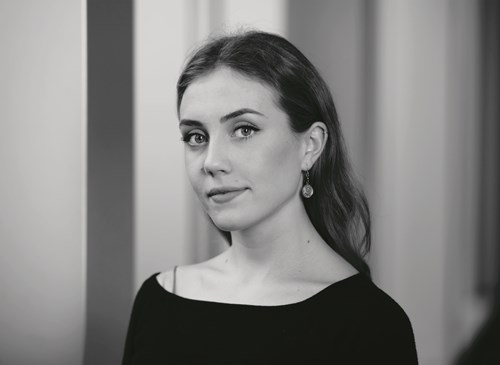