Daniela Cabrera joined the Norwegian National Ballet in 2019 after two years with the NNB 2. She has danced the main role in Balanchine's Allegro Brillante, pas de deux from Le Corsaire, Zulma in the 2nd act of Giselle and prominent parts in Kylián's One of a Kind and Nureyev's Don Quixote (e.g. pas de deux and coda). She has also performed in ballets such as Cranko's Onegin, Boyadjev's The Nutcracker, Holmes' Swan Lake, Bjørn's Bournonville and King's Romeo and Juliet. In 2021, she was invited to Festival de Sintra in Portugal.

Born in Havana, Cuba, Cabrera began her ballet training at the Alejo Carpentier Elemental Ballet School. She received her formal education at the Fernando Alonso National School of Ballet, from which she graduated in 2015. As a student, she took part in the 19th International Meeting of Ballet Academies Contest in Havana, winning a bronze medal. In 2015, she joined the Ballet Nacional de Cuba under the technical and artistic direction of Alicia Alonso. 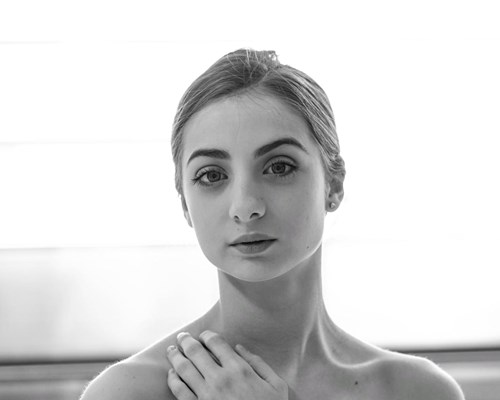