Ballester has danced in Corder’s Romeo and Juliet, Nureyev’s Don Quixote, Scarlett’s Carmen, Strømgren’s Lamentate, Forsythe’s One Flat Thing, reproduced, Kylián’s One of a Kind, Arcimboldo and Sarabande, Stevenson’s Cinderella, Balanchine’s Theme and Variations and MacMillan’s Manon. He became a permanent member of the Norwegian National Ballet in 2016, after having been part of the Norwegian National Ballet 2 and dancing in Boyadjiev’s Picture Perfect and Kylián’s Evening Songs.

As a member of the Cuban National Ballet (2010–2014), he danced in full-length ballet performances like Swan Lake, The Nutcracker, Sleeping Beauty and Giselle, as well as in Alicia Alonso’s Don Quijote. Together with the company, he toured in China and Spain and has worked with such choreographers as Peter Quanz, Annabelle Lopez Ochoa and Luis Serrano. He was born in 1992 and grew up in the capital of Havanna, where he also studied. As a student, he toured in South Africa as an exchange student and also took part in the international ballet competition in Havana. 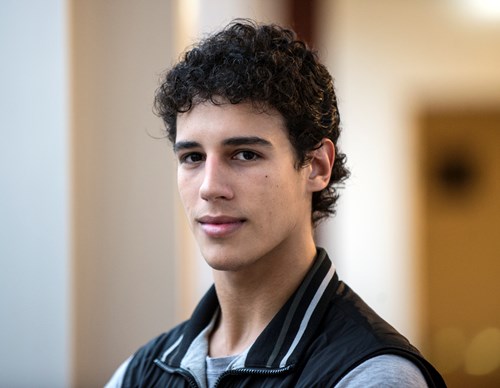