Lucas Lima has danced major classical roles such as Benvolio, Mercutio and Romeo in Romeo and Juliet, the Court Jester in Swan Lake and Cinderella, Albrecht and the peasant pas de deux in Giselle, Count Vronsky and Levin in Anna Karenina and Lensky in Onegin. He has performed as Lescaut in MacMillan’s Manon and the leading role of Des Grieux in the bedroom pas de deux from the same ballet. Autumn 2021, he was appointed Principal Dancer.

He has also danced solo parts in Balanchine’s Symphony in C and a pas de trois in Tchaikovsky’s Piano Concerto no. 2. Other major productions have included Duato’s Por vos muero and Multiplicity, Tetley’s Voluntaries, Forsythe’s Enemy in the Figure and Steptext, Kylián’s One of a Kind, Sarabande, Symphony of Psalms, Sweet Dreams, Petite Mort and Bella Figura, as well as Same Difference by León and Lightfoot. Roles have also been created for him by Øyen, Boyadjiev and Lee. 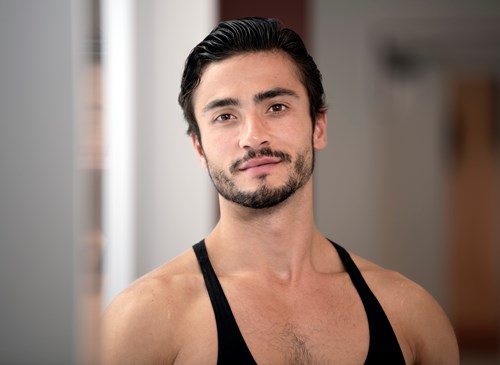