Alex Cuadros Joglar has danced prominent roles in Kylián's One of a Kind, Ekman's Cacti and Balanchine's Symphony in C, Theme and Variations and Allegro Brillante. He was also part of the Norwegian premiere of Naharin's Secus and McGregor's Chroma, and the new works We are better now? (Moum Aune), Wagō (Touret) and Afternoon of a Faun (Jensen/Touret). From the classical repertoire, he has among other roles danced Lensky in Cranko's Onegin, La Sylphide pas de deux, one of the three dancing gents in MacMillans Manon and the Chinese solo in The Nutcracker.

He joined the Norwegian National Ballet in 2019, after one year with the NNB 2. Prior to this Joglar danced in the Ballet Nice Méditerranée, doing the role of Romeo in Lifar’s Romeo and Juliet in 2017 and the leading role in Robbins’ En Sol in 2018. He was also a soloist in Vu-An’s Coppelia and danced in Balanchine’s Allegro Brillante and Rhoden’s Verse Us. Joglar played a role in the Disney film The Nutcracker and the Four Realms (2018), choreographed by Liam Scarlett. He has also danced a choreography by Charlotte Edmonds in the summer opera Holland Park Opera in London.

Spanish Joglar (born in 1999) began dancing at the age of eight. He is a graduate of the Real Conservatorio Profesional de Danza Mariemma in Madrid and the Royal Ballet School in London and won first prize in the ballet competition Je Monte Sur Scène in Toulouse in 2014. 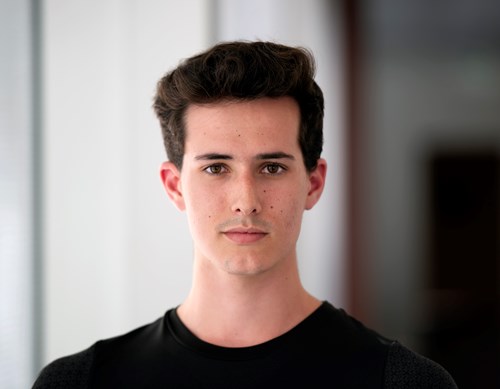