American Whitney Jensen was appointed Principal Dancer after dancing the role of Kitri in Don Quixote in the spring of 2017, one year after joining the Norwegian National Ballet. She made her debut as Odette and Odile in Holmes' Swan Lake in 2018 and has since danced the roles of Nikiya and Gamzatti in Makarova’s La Bayadère, Kitty in Spuck’s Anna Karenina, Clara in Boyadjiev’s The Nutcracker, the lead role in Balanchine's Tschaikovsky Pas de Deux and Allegro Brillante, Juliet in the balcony duet from Corder’s Romeo and Juliet and the lead role in Giselle. She was part of the Norwegian premiere of McGregor's Chroma and the world premiere of Portner's islands and has danced prominent parts in Kylián's One of a Kind, Ekman's Cacti and Mats Ek's She Was Black.

As a choreographer, Jensen made her debut on the Main Stage with Afternoon of a Faun, co-created with Anaïs Touret in 2021. She has created dance to RAW and also created the duet To Fly in 2020. She is a member of the workshop company, a part of the Norwegian National Ballet’s choreography initiative.

Jensen joined the Norwegian National Ballet after being a member of the Boston Ballet, where she began in 2009 and was appointed Soloist in 2011 and Principal Dancer in 2014. She has danced as Michaëla in Scarlett’s Carmen, in Balanchine’s Theme and Variations, Forsythe’s In the Middle, Somewhat Elevated, as well as Kylián’s Falling Angels, Sweet Dreams, Tiger Lily and Petite Mort. She has also danced in such classical ballets as Romeo and Juliet, Cinderella and Sleeping Beauty, and in works choreographed by Ekman, Clerc and Robbins. Jensen moved from Salt Lake City to New York at the age of twelve to train with the Russian-American ballerina Valentina Kozlova. During her training, she participated in the 23rd Varna International Ballet Competition, where she was the first female American dancer to win the junior prize. 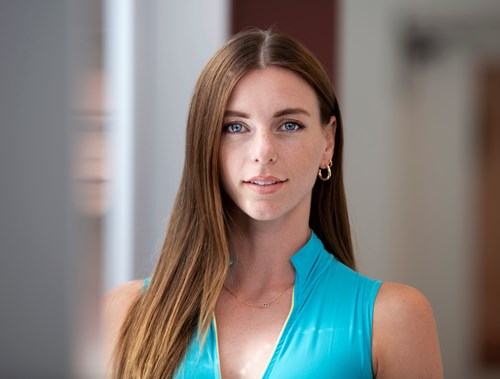